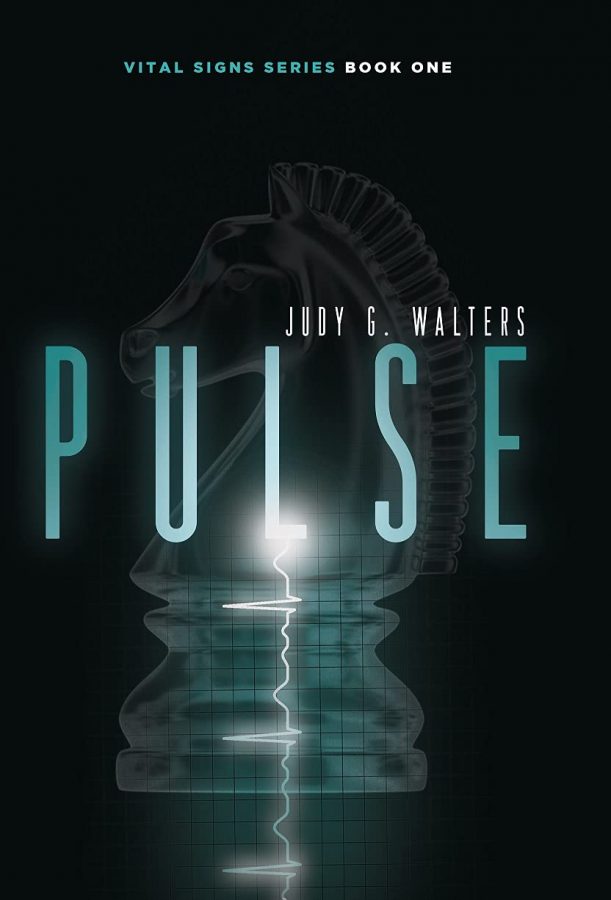 Pulse follows emergency room doctor Bob Jackson as he goes through his daily duties. Throughout the book, we see him in a constant struggle in his professional life as well as personal. He deals with the chaos of the ER all day, then goes home to a bad marriage while also trying to raise a teenage daughter.

Before I get into the review, let me be up front and say: I had a lot of problems with this book. Most of my complaints have to do with the prose more than the storyline, but I do have some complaints there as well. That said, I also have some positive points to discuss, and I’ll alternate as best I can in the interest of balance.

Violence: There are no violent acts portrayed, however, as the primary setting is an emergency room, there are plenty of scenes that show the aftermath of violence.

Sexual content: There are brief discussions of sex and infidelity.

Alcohol/drugs: There are a few characters that are alcoholics and drug addicts. Some characters drink wine in a few scenes.

Positive themes: Jackson is a good father to his daughter and a good doctor to his patients.

The reviewer received a copy of this book from the author.

The story starts with a dramatic prologue that sets the tone for the main character’s arc throughout the rest of the book. He is unable to save his son’s life, and that “failure” haunts him years later when Chapter One starts. That is also where issues with the pacing begin.

The prologue is fast-paced and wastes no time plunging you into the chaos of the job. It’s a good way to begin a novel. The author gives you a reason to care about Dr. Jackson as a protagonist by showing him trying desperately — but in vain — to save his son. I’ve picked up plenty of novels, only to drop them after a few pages because I never had a reason to care about the protagonist. Pulse didn’t have that problem.

Chapter One, however, is on the opposite end of the spectrum. It’s a bit too slow and harms the momentum the prologue started. It begins with Dr. Jackson waking up and describing how the ceiling and house look. Starting a scene with a character going through their morning routine is a common trap, and it’s never good.

A dynamic I did like was Jackson’s faith struggles. He is a lapsed Catholic but finds himself often going to the hospital’s chapel after a difficult day. Additionally, we see him struggle with anger at God for not sparing some people, including children, while despicable people go on living. Those are questions with which every person of faith will wrestle at some point.

The writing itself, though, has a lot of problems. The plot line has no clear direction, and there isn’t much buildup toward the climax. The stakes for Jackson rose as they should have, but more peripherally than anything. After the buildup, the climax was over a bit too quickly. Had it gone just a bit longer and been fleshed out more, it would have been a lot better.

Worst of all are the grammatical errors and typos. Specifically how many there were. An occasional one here and there is one thing, but I found issues on multiple pages in almost every chapter. Some are minor, such as spelling “altar” as “alter.” Then there are worse ones, such as calling a pain “deep seeded” and saying that something was a “tale tell sign” of a complication. Additionally, there are a few times later in the book where the narration breaks the fourth wall, which took me out of the story.

The author portrays the feel of the hospital well. At times, it made me uncomfortable because it brought back memories of going through chemo for Osteosarcoma. I count that as a point in favor of the book, though, because it’s not easy to pull that off.

The most unfortunate thing about Pulse is that it has a lot of potential. Despite the problems with direction, the overall story is good. Most of the characters are likable and empathetic. I cared about what happened with them, but the pacing made it difficult to keep going. I kept waiting for setups to appear and later be paid off, but most of the cases don’t have much to do with propelling the story forward. The biggest set-up comes much later in the book and is reconciled soon after.

The physical design of the book is nice. The story’s ongoing chess game didn’t quite mirror the narrative as much as I would have liked, but there are some parallels. Diagrams of the game make appearances occasionally, reflecting the progress. Pictures like that in a fiction book are tricky and can easily become a nuisance. But it worked well here. Additionally, along with the book, I received a lovely bookmark with a knight chess piece charm.

One of the bigger disappointments for me was that I never really saw a point where moral ambiguity played a role. From the back cover, I was under the impression that it would be a primary theme. However, most of the time, there are pretty black and white scenarios. One scene has a message of not being too quick to judge a situation, but that’s not morally gray. There is one moment I can think of that raises a question about what really happened in a scene, and the moral implications could be worth a discussion. It’s just disappointing that it’s the only case.

The adage is “write what you know,” and the author did just that. Unfortunately, the execution couldn’t quite fulfill the story’s potential. It‘s marred by so many typos and grammatical errors that it distracts from the good things. A lot of them are simple mistakes and would be easy to forgive, but there were so many. In future entries of the series, if the author takes care to polish the grammar and eliminate the errors with the point-of-view, I think the series could be great.

Pulse is a decent, though imperfect, choice for fans of medical dramas.

I'm a writer and aspiring fashion designer residing in the wasteland called Nevada. Also, I'm trying to juggle learning both Korean and Japanese.