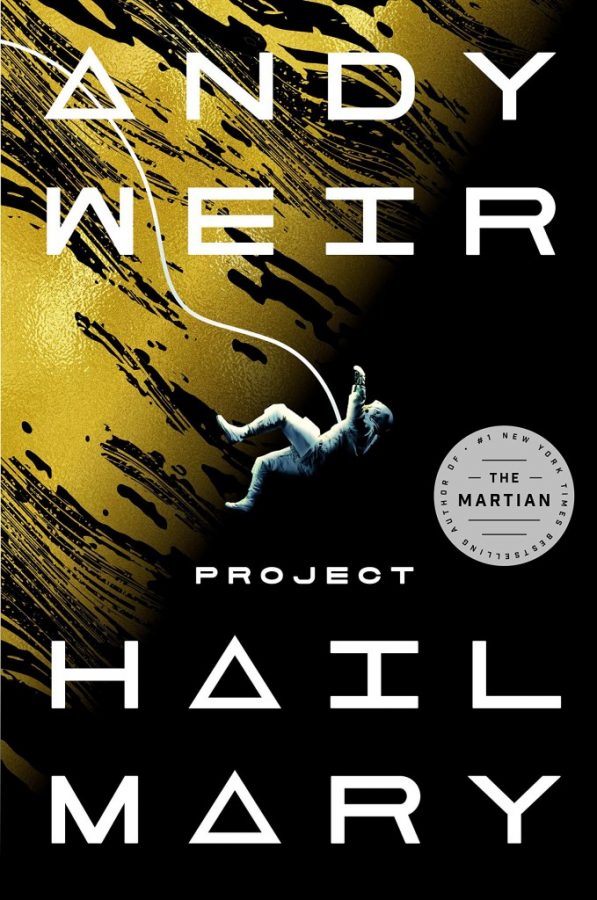 Andy Weir has become one of the most successful science fiction authors alive since his breakout in 2011. His first novel The Martian became a runaway success which was subsequently adapted into the 2015 Ridley Scott film of the same name. Since then, he’s worked very hard as a writer churning out television pilots, comics, and novels, most of which are currently being adapted into films. His 2017 book Artemis is being adapted by The LEGO Movie directors Phil Lord and Christopher Miller, while his 2019 graphic novel Cheshire Crossing is being made into a film by Steven Spielberg’s production company Amblin. His newest book, Project Hail Mary, which released in May 2021, has also been picked up for an adaptation by MGM with Ryan Gosling set to star in the film.

Spiritual Content: None of the characters practice any sort of religion, and the religious implications of the plot’s events are not considered throughout the book. Religion is mostly absent with the exception of the spaceship named “Project Hail Mary”, which suggests it’s supposed to symbolize humanity’s last hope.
Language/Crude Humor: Heavy language, swearing, and some gross scenes throughout
Sexual Content: Two characters at one point describe a torrid sexual affair they have ongoing; otherwise, most of the characters are single.
Drug/Alcohol Use: Alcohol and drug use are mentioned several times in the story.
Other Negative Themes: Themes of death, human violence, and greed
Positive Content: Themes of sacrifice, hard work, intelligence, and problem solving

Andy Weir is a novelist I’ve been following enthusiastically since his critically acclaimed science fiction novel The Martian was released. At the time, I knew I was reading something unique. Anyone who has read the book or seen the wonderful Ridley Scott film adaptation can tell you that it’s an incredible work of technologically based storytelling. Every story point is rooted in science and problem solving, and setbacks are always followed by solutions. It’s one of the few books that I could call “utilitarian” and not mean it as an insult. Weir is a self-professed agnostic, and one of the refreshing aspects of his books is that he doesn’t drag existential questions into his work. The Martian is a book about survival and problem solving, and it treats the fear of death as a problem as tactically and solvable as how to grow potatoes on Mars.

As someone who spends most of his writing mulling over the metaphysical presuppositions and moral implications of classical and contemporary art, stuff like this is escapism for me.

Since then, Weir has finished two original science fiction novels: Artemis and Project Hail Mary. I reviewed Artemis when it came out and, in hindsight, found it somewhat wanting. For all its attempts to recreate the technologically rooted thrills of his first book, it felt like the second one was half-baked. Its lead character felt too blasé and cosmopolitan to feel universal. As a result, this high-tech science fiction story just ended up being another narrative about millennial malaise, set against space.

Project Hail Mary was just released this May and honestly, it’s a far more earnest attempt to recreate the magic of The Martian. Part of that just comes back to the alchemy. Its central protagonist Ryland Grace is a lot like Mark Watney with his sardonic attitude and his incredible aptitude for theoretical physics. It also helps that the book brings back the apocalyptic stakes of the first book and ramps them up to eleven. This isn’t just the story of one man’s survival; now it’s a story where one man is in charge of the survival of the entire Earth. It’s another book about problem-solving under pressure wherein the brilliance of a single man can help solve some incredibly hard-to-fix problem.

Of course, part of the challenge of Project Hail Mary as a book is that it’s not a book that plays all of its cards at once. The story starts in media res with a character waking up from a coma on an unknown spaceship next to two dead bodies. The man doesn’t know who he is, where he is, what he’s doing, or why he was chosen to do it. As becomes quickly clear, though, the fate of the Earth stands on his shoulders. What follows is a novel that constantly swaps hats from an amnesia thriller to a contagion story to a variation on a first contact scenario. It then pulls another twist about a third of the way into the novel, wherein it truly comes into its own as a story (which I can’t really reveal without spoiling the surprise). At every point, the story is strictly about the process of scientific discovery.

As we come to see, Rylund Grace is a man dueling the demons of failure and contentment. He was a brilliant theoretical physicist in college who alienated himself from the academy over a controversial scientific paper proposing that life forms didn’t need water as the root chemical of survival. As a result, he dropped out and started working as a science teacher. To his surprise, he’s managed to thrive in this job and enjoyed the work of teaching children about science.

The Earth is suddenly faced with an apocalypse scenario when a mysterious beam of light appears between the sun and the planet Venus. Eventually, the sun will dim to 90% of its current brightness, and the Earth will freeze over, effectively ending all life. Because of his background as a cutting-edge student in the academy, Ryland is called forward by a woman named Eva Stratt, a Dutch woman appointed by the United Nations to find a solution to the sun dimming at any cost. He is to help with the research due to his combination of brilliance and irrelevance to the scientific community.

Most of this info is told to the reader in flashbacks that Ryland experiences much later. Initially, he doesn’t understand why he’s sitting on a spaceship millions of miles from Earth or why his skills made him ideal for this trip (or if he even was ideal for the trip). Regardless, he’s a man of science. He takes his assigned task seriously as he slowly unwinds the nature of what happened to the Earth and how he can save it and possibly himself in the process.

At a surface level, it’s clear that most of the scenario is a metaphor for human reactions to sudden onset climate change. The novel explores how humanity will react to the possibility that the Earth only has 25 years to fix a catastrophic problem that would end its lifespan. In that, it’s extremely idealistic. For a novel that explores the nature of space travel and the possibility of alien lifeforms outside Earth, the most unrealistic portion of the novel comes with the idea that China, Russia, the United States, the European Union, and India would all unanimously cooperate with each other to solve world problems. There’s no way that China would ever loan the United States an aircraft carrier, that Africa would turn most of the Sahara desert into an asphalt parking lot, or that the world would allow the United States to nuke Antarctica, all of which happen in the book.

In some ways, maybe Weir’s presupposed ideology of scientific pragmatism and utilitarian necessity is working against his narrative. Granted, the novel’s ultimate vagueness about the fate of some of its stories by the end might suggest that these absurd elements are just there to propel the real narrative. The heart of the book is ultimately crafted into Rylund’s personal journey from a cowardly man who abandoned his career and relationship prospects for personal peace into a story about the virtue and necessity of freely chosen self-sacrifice. Again, I don’t want to spoil too much of the core of the book because the biggest reveal of the book is a HUGE reveal that fundamentally rewrites the narrative. It’s at the conclusion of this story arc that Ryland has his most important character-defining moment. It’s at this moment we come to see his full catharsis as a character and get to enjoy some of the fruits of maturity in equal measure to his scientific accomplishment.

As is Andy Weir’s style, he doesn’t make the reveals or implications too serious. There’s a lot of dread and suspense, as well as a handful of “OH CRAP” moments, yet the book never tips too deeply into existential despair or nihilism. Once again, this is a story about survival and human worth in the face of oblivion. Weir’s greatest strength as a writer is his sardonic comedy. He writes protagonists as deeply witty, intelligent and joyful people who are strong and competent in the face of certain death. More so even than The Martian, this is a story about the humanity of a character in the face of that reality and how growth and maturity can save people when merely being intelligent can’t. In that sense, Project Hail Mary may very well be Weir’s masterpiece!

Andy Weir delivers possibly his best work of science fiction yet with Hail Project Mary! This witty, intelligent, and suspenseful work shows some of his best writing so far in an already amazing career!