Review – Dominion: Fall of the House of Saul, Chapter One 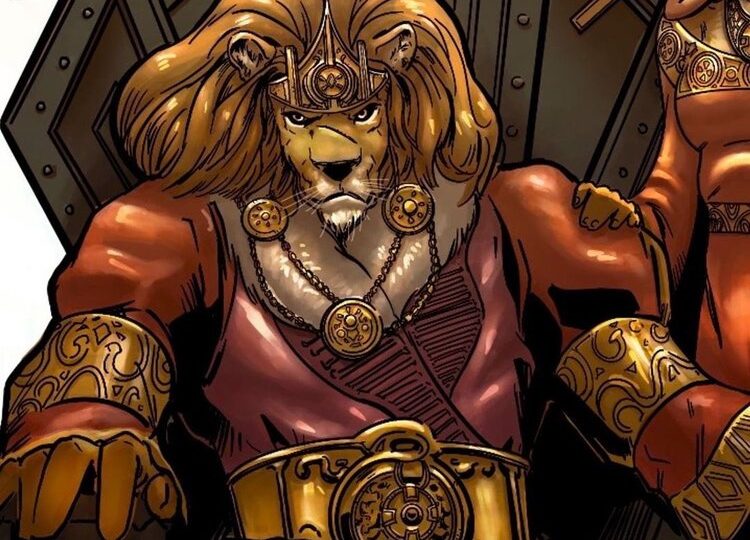 Violence/Scary Images: Dominion is in the middle of a war with the Philistines. While some violence may be expected, most of it is not explicitly shown in this chapter. Under the orders of the Almighty, Samuel kills an enemy king by electrocuting him with a rod. A settlement of 1,500 people is wiped out, but readers only see a destroyed village.

Sexual Content: King Saul is shown in bed with his wife. Both are clothed.

Other Negative Content: Saul’s son Jonathan asks his mother what he has done to make his father hate him. While she assures the young man his father is only under stress, Jonathan is not so sure. Samuel curses Saul and revokes the Almighty’s blessing.

Spiritual Content: The entire story is based on events in the book of 1 Samuel. Nearly every character is a fictionalized version of well-known Bible figures: Jonathan, Saul, Samuel, and Goliath, to name a few. Therefore, the whole book is steeped in Christianity. On a more concrete level, Samuel is the prophet of the Almighty, a higher being who has abandoned Saul because of his disobedience.

Positive Content: Prince Jonathan stands up for the people when his father’s cabinet wants to abandon them. His mother strives to keep their relationship intact, even through the tension between father and son. The Seraphim show an astounding sense of loyalty by leaping to the rescue when they have no idea what is happening.

The author received a copy of this comic for free from Terminus Media.

Dominion: Fall of the House of Saul, Chapter One is a blend of conflicting components that would usually not work well together. Bible stories about animals in space sounds ridiculous, but the Terminus Media team manages to blend everything together seamlessly.

The animal imagery helps readers identify important characters by their species alone. King Saul, Queen Ahinoam, and Prince Jonathan are all lions, known for being the kings of the savannah. Samuel is shown as a crow, which showcases his increasing age and sets him apart from the royal family. Most of the other characters are big cats and predatory birds, but there are no more lions or crows.

This motif can be seen in other comics and graphic novels. In Maus, Art Spiegelman depicted Jews as mice and Germans as cats. That simple art direction allowed readers to instantly understand his stance on the themes. Similarly, while King Saul is a lion, Samuel is a crow. Crows are dark and do not appear regal in any way. This flips the script on appearances. Bible readers will know Samuel is the one in the right while beautiful King Saul is disobedient and forsaken.

Somehow, putting the Biblical war between Israel (now Dominion) and the Philistines in space lends itself to greater understanding. People who pick up this comic having never read the Bible will be able to easily follow along, as if they are watching Star Wars. On the other hand, readers who grew up with the Scripture can still enjoy the visuals of a new take on a story they already know.

Some of the plot was a little hard to follow, but this is the case of most starting chapters. Dominion has the comfort of drawing from Scripture, so Christians should recognize the major characters. However, new elements were abundant, almost too much so. The Seraphim squad held plenty of new faces, and readers could get overwhelmed by the sheer amount of figures in this one issue. To help with that, the authors dedicate the end pages to character spreads and behind-the-scenes design. Knowing this, readers can flip to the back of the book anytime they need to reference characters.

Dominion: Fall of the House of Saul, Chapter One is a good start to an interesting series. It introduces the main characters and ideas from Scripture with some interesting twists. For example, the Seraphim are not angels, but an elite military squad in mechs. Prince Jonathan also prefers being a space pilot over a prince, supposedly similar to his soldier days in the book of 1 Samuel. Character panels at the end of the comic show Princess Michal, later to marry David. While neither of them make an appearance in this issue, the foreshadowing assures readers they will soon take the stage.

Overall, reading this issue was unexpectedly pleasant. The war is introduced with suitable tension, but no unnecessary gore. The characters have established their personalities, and the space theme made everything easy to understand. This writer is looking forward to the rest of the series.

Dominion is a mix of space and Scripture, which is an unexpectedly fun read for newcomers and age-old Christians.