A charming, Batman-oriented retelling of a Charles Dickens classic 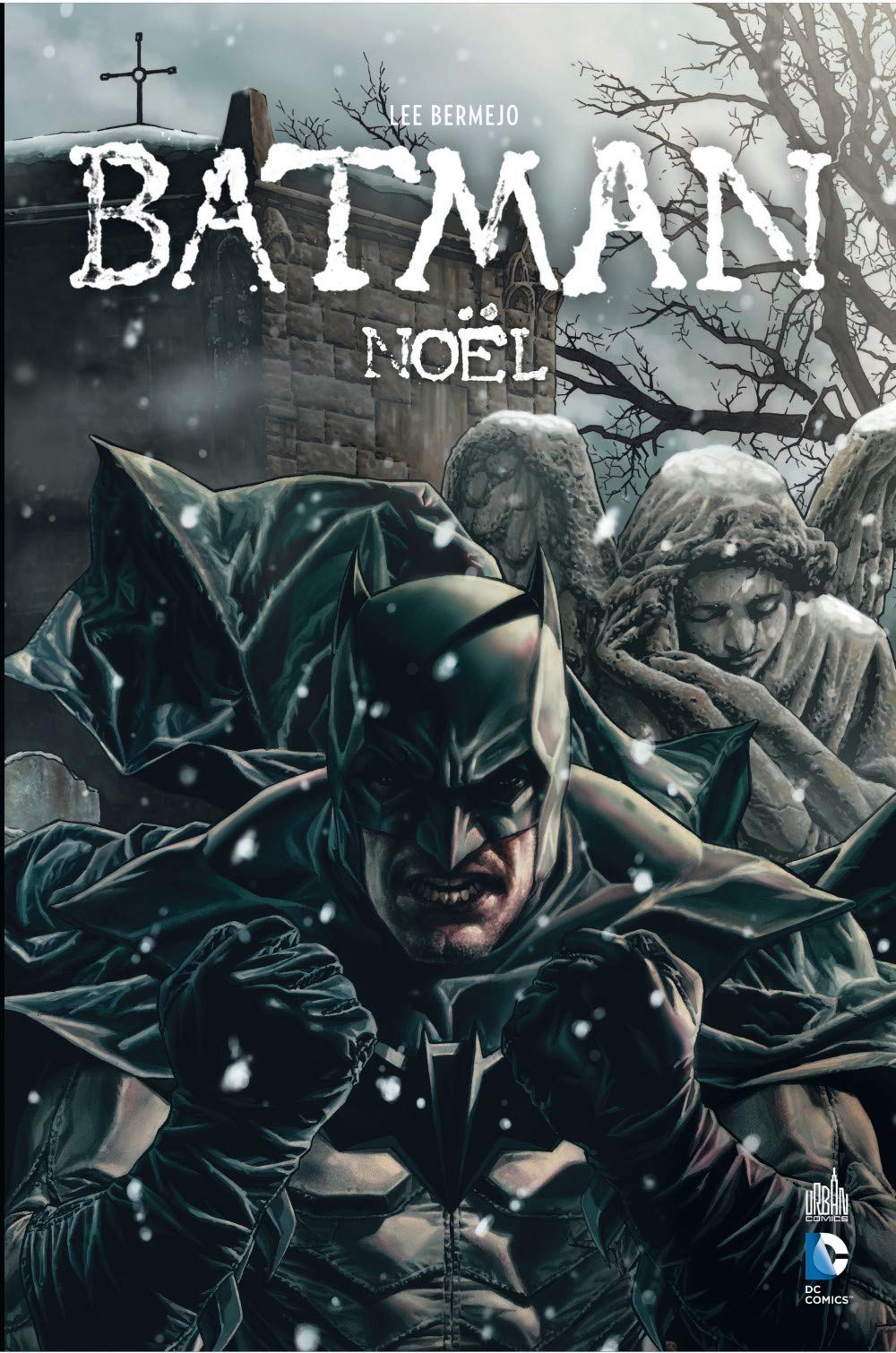 The phenomenon of translating  literary classics into a different or modern context is not one that goes out of style. We’ve seen it numerous times with modern spins on Shakespeare plays. Here we have the Charles Dickens’ classic, A Christmas Carol, told as a Batman tale. Despite this being an adaptation of a story over a century-and-a-half old, I will avoid spoilers.

Lee Bermejo took the role of both writer and artist, having previously worked solely as artist with writer Brian Azzarello on the Joker and Luthor graphic novels. Bermejo’s gritty, realistic style garnered him acclaim from those works and possibly helped him gain the opportunity to write this tale, as well as draw it.

Violence/Scary Images: Lots of violence, like punching, kicking, stabbing, striking with weapons, explosions, etc. There is no R-level violence, but some blood is present. An interrogation includes threats of torture, and another scene has mob violence. Characters are in frequent life-threatening situations, and some have horrifically scarred faces. Narration at one point refers to slasher movie brutality.

Sexual Content: A male character spends an extended time shirtless. Someone is threatened with being “jailbait.” A woman wears form-fitting outfits and is sometimes drawn in sexualized poses. References are made to a “hot chick” and to putting someone “in the mood.”

Drug/Alcohol Use: A character is referred to as being “sauced.” Empty beer cans and bottles are seen. Someone smokes a pipe on multiple occasions.

Spiritual Content: There is speculation over whether one character’s experience was a “spirit,” “vision,” or “superstitious mumbo jumbo.” A character is referred to as not superstitious, disbelieving in “ghosts, spirits, or anything of the like.” Superstition is referred to as a weakness. Faith and hope are discussed alongside the imagery of a Salvation Army bell-ringer. References are made to “larger forces… outside forces” at work when a person changes.

Other Negative Content: A character turns to crime due to difficult life circumstances. Someone rejects the humanity and dignity of certain individuals. A person makes questionable moral decisions in using another character as bait. A character spies on multiple others. Someone plots to terrify a child. A person curses and yells at a child.  On two occasions, a child witnesses scenes of violence. A character is buried alive.

Positive Content: A character is joyous, in a biblical manner, regardless of difficult life circumstances. Someone highlights the good that exists in human relationships. A through line of the story is the need to believe that people can change for the better, and one person does indeed do so. There is a clear lesson that actions matter and have consequences. A character resists the desire for revenge when given the opportunity.

This tale takes the premise of a Dickens classic and puts it into a Batman-shaped package, and it mostly works. The story is translated into a familiar situation of Batman attempting to use a henchman to find the Joker. I’ll try to avoid as many spoilers as possible, while still giving an overview of the content.

The plot is shepherded by a largely-unidentified narrator, who is sharing this morality-infused story with a largely-unidentified listener. The ultimate moral of the story is that people can change, no matter how old or how “bad.” I truly consider the characters analogous to those of Dickens. Therefore, I’ll refrain from revealing which Batman figures embody the roles of Scrooge, Jacob Marley, or the Ghosts of Christmas Past, Present, and Future. Suffice to say that the analogs are there, and they are satisfyingly portrayed.

Part of the uniqueness of this tale is it pulls together elements from the Golden Age of comics, when the stories were brighter, more lighthearted, and far less grim and gritty. As a storytelling element, this is excellently handled, but from an artistic standpoint, it can be jarring at times. Seeing Bermejo’s art style, with its intricate detail and grit, interpreting the brighter colors of 60’s-era costumes just doesn’t work well at times.

Bermejo makes great use of Batman’s history (near 80 years of it, at the time of publication) in this story. Batman himself, his allies, foes, victories and failures, tragedies and triumphs come to bear with great effect here.

While unwilling to divulge spoilers for Noël, I will spoil A Christmas Carol to give you a general overview. Through Noël’s pages you’ll encounter “Scrooge,” who is a tremendous grouch and causes hardship for his “employee.” This Scrooge persona encounters a ghost of his old friend, “Jacob Marley,” and subsequent “Ghosts of Christmas Past, Present, and Future.” These ghostly visitors ultimately convince Scrooge of the errors of his ways, and he makes a dramatic change.

Aside from the aforementioned art tonal issues, there is not much to complain about with this book. It is occasionally obvious that writing is not Bermejo’s strength, particularly in a few odd dialogue choices. The story does not add much to what Dickens already gave us, but honestly, that is just not needed here. If a reader comes in looking for a retelling of Dickens’ classic in a Batman context, they will likely not be disappointed.

Lee Bermejo writes and draws a gorgeous retelling of a classic tale, which is well worth a read, especially during the Christmas season.

Most importantly, I am saved by God's grace. I am a pastor serving in southern Alabama. I received a Master of Divinity degree from Midwestern Baptist Theological Seminary in Kansas City, MO. I've been an avid reader since the age of 4. I broadly enjoy geek culture, particularly comics and graphic novels. I've been collecting and reading comics for over a decade. I also enjoy gaming, movies, and books.