Review: Yona of the Dawn

If you liked the adventure and landscape of Attack on Titan, but still find yourself craving the cheekiness of a flowery shoujo heroine, you may find satisfaction with the ‘girl standing at the blush of dawn,’ Akatsune no Yona. Carmine-haired Yona lives happily in the palace of a peaceful kingdom in the Kouka Kingdom, which is strikingly reminiscent of Goguryeo Kingdom-era Korea—a time where handsome knights protected their beautiful princesses with swords and vows of loyalty. With her royal cousin (and childhood love) Soo-Won on one side, and her fiercely loyal, somewhat aloof bodyguard Hak on the other, Yona lives in peace under her father: the pacifistic King Il.

However, Yona’s pristine palace childhood quickly comes to an end on the night of her sixteenth birthday, when an unexpected betrayal marks the end of her kingdom’s peace and serenity and the dawn of a new war. Princess Yona must run for her life, taking with her nothing but the protection of a devoted friend and the promise of making several more.

Language: An occasional use of “d*mn” or “h*ll” in the subbed version.

Alcohol Use/Drugs: Some traditional beverages such as sake are exchanged. Later in the series, there is a scene where a bunch of core characters engage in heavy drinking, and some pass out drunk.

Sexual Content: Despite Yona’s character design and wardrobe both reflecting modest taste, there are a few references to ‘mature themes’ as well as one bathing scene where skin is displayed. In episode three, Yona’s friend and bodyguard saves her from a suitor who had gotten a little too “handsy” with her. Later in the series, there are references to human trafficking (with a heavy connotation of sex work) and a few characters whose designs aren’t as modest as our heroine.

Violence: Sword-play, arrows, poison, fist-fights, and even falling from great heights are all things that can be found in this nation headed so swiftly towards war.

Spiritual Content: There are many references to the ancient religions of the time, including the wrath of the gods as well as the introduction as a priest of these gods and their houses of worship. Said priest often claims to hear the “voice of God,” but it can be assumed the God whose voice he hears is not the Yahweh we worship, as he coexists with other deities of the time, such as gods of death. By the same token, however, there are some references that can be interpreted as Biblical. For instance, there is a part of the Hiryuu creation myth where one god comes down and takes the form of mankind, to rule as a king. But mankind, as broken as it is, does not accept him, and instead slays him in pursuit of his power. When given the strength from above to reverse his fate and kill those who did him harm, the king instead cried out: “I am human now, and these are people whom I love dearly despite their hatred towards me. Please do not harm them!” (Sound familiar? – Luke 23:34)

Positive Content: I am a huge fan of the creation myth given to the kingdom. As stated above, while it was not originally written as a Bible-based bit of lore, the parallels are unmistakable. Beyond that, there are also deeply-rooted themes of love, friendship, purity, and sacrifice—the sacrifice of one for many, as well the selfless sacrifice of one’s own well-being for another’s safety.

From the very first episode, Yona of the Dawn opens with childhood memories, coming-of-age themes, bittersweet tragedy, heartless betrayal, and the bloody, familial violence known so well to the lines of royalty that we follow in history. Depth, strength, and character development follows her until she finds the strength needed to overthrow the new terror that has seized her kingdom.

The most striking thing about Yona of the Dawn, at first glance, is the animation. The color choices are softer than your typical florescent, glitzy shoujo, which I personally loved. Yona is pretty, but her feminine figure is not so overly exaggerated that it is distracting from her character. I liked the costume design too, as it brought a feeling of authenticity to the artwork. Intricate robes and delicately-embroidered dresses, jewelry—these royals have it all. The beautiful, rural Korea-inspired landscapes are detailed and lush; water sparkles and one can almost smell the fresh air of the woods surrounding the Hiryuu Palace as Yona travels far and wide throughout the countryside. There is a great contrast between the dramatic scenes—lit by firelight or streaked with the sun coming in from the window—and the generic filler scenes that are animated in a more traditionally “shoujo” style (bright colors and simple shapes), so there is no mistaking when something important is happening. 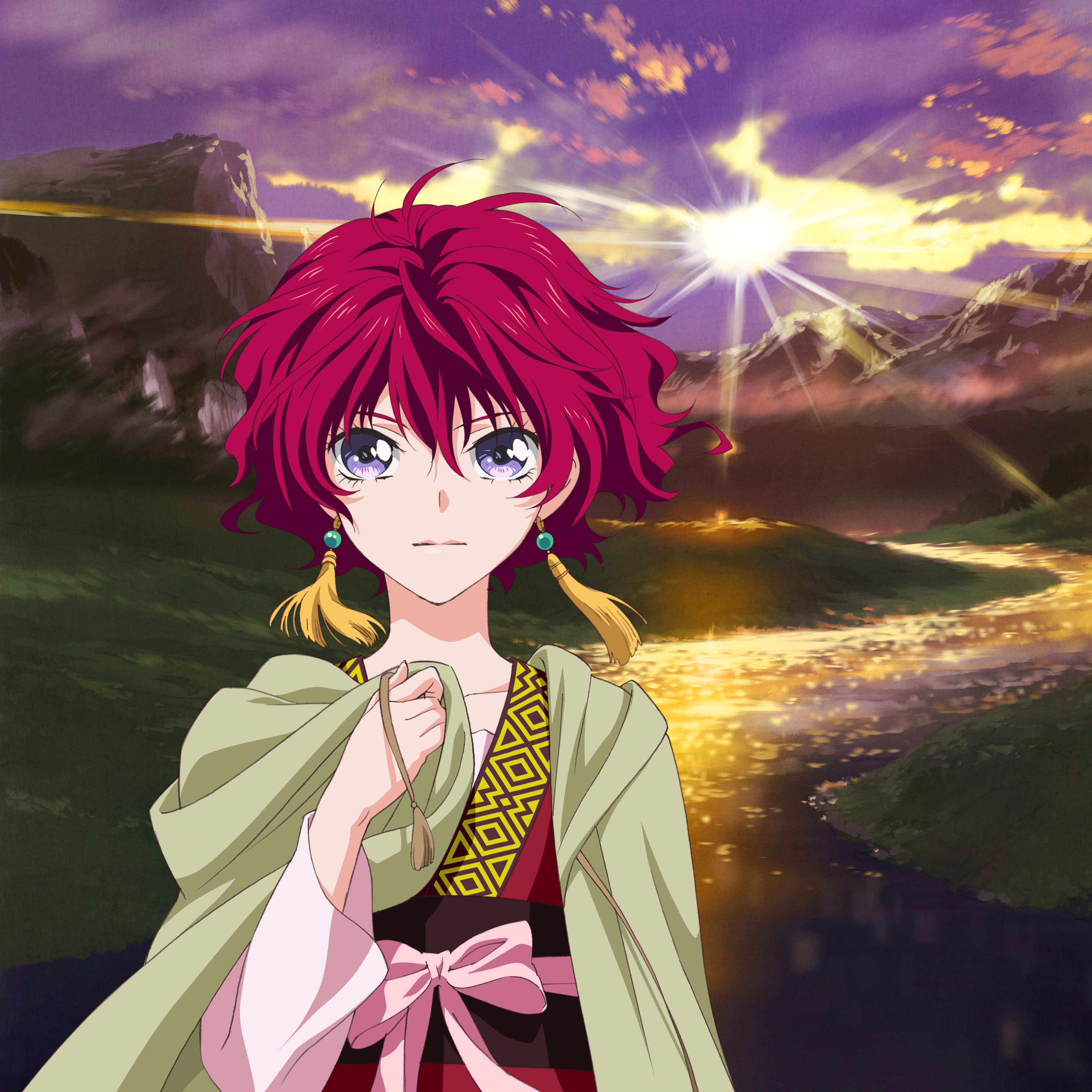 A close second is the music. Again, I draw some comparisons to the soundtrack of Attack on Titan. The intro is wordless yet powerful, an orchestral piece that feels a lot like the credits song for a fighting game, or from a martial arts movie where the main character slowly transforms from a weak nobody into a confident fighter. Sometimes soft and poignant, sometimes strong and empowering, the soundtrack to this anime brings a level of complexity found often in these royal dramas.

As well-done as the show is, there are a few inevitable scenes that can be found as problematic, including plenty of violence, some sexual content, and a lot of spiritual references that can be interpreted both from a Biblical standpoint and from the lenses of ancient belief systems and polytheistic religions. Despite these scenes, I still consider Yona of the Dawn a relatively clean show, with positive themes, a lot of good messages, and a slew of charming characters, each with strong development and an impact that leaves its audience feeling as unstoppable as a capable princess wielding a sword.

An award-winning student poet, aspiring author, and self-proclaimed nerd, Kate spends her time voraciously consuming any and all books she can get her hands on. She is currently studying Spanish and American Sign Language in college and hopes to finally achieve the coveted black belt status. Her catchphrase is, "Keep clam and proofread!"